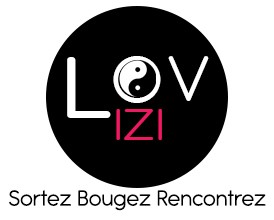 Deconfinement: 76% of young people between the ages of 18 and 3 find it difficult to meet someone during coronavirus

Only 11% of young single people believe that their sex life evolved positively during confinement, against 23% of young people in a couple, according to our latest barometer “#MeYoung, unconfined and tomorrow? "," 2 Minutes "- OpinionWay

• The epidemic, even if it is receding, is not favorable to meetings, consider the young people, according to our barometer "#MeYoung, unconfined and tomorrow? », 2 Minutes-OpinionWay.

• Confinement did not help the hot nights of singles, who had very little use of dating and long distance sex.

As the coronavirus epidemic recedes in France, the return to life before for social interactions does not seem to be over yet. The authorities' call to maintain barrier gestures is very well understood by young people. 7% of 18-3 year olds say they avoid kisses, hugs and other tactile gestures right now, according to our latest barometer “#MeYoung, unconfined and tomorrow? », 2 Minutes-OpinionWay. And when summer has arrived, a period normally conducive to dating and dating, 76% of young people find it difficult to meet someone right now. Result, it is not the joy libido question for young singles, with an average of 4.59 out of 1, against 5.75 for young couples.

Less than one in two singles registered on a dating site

As for dating sites and apps, less than one in two singles (49%) are registered and only 19% indicate that they are more connected to it during confinement. Note that single men use these services more than women: they are 61% against 36% of single women. The young people also understood that the health crisis was not the most favorable period for one-night shots, since out of the 47% of singles who admit receiving or going to a "date", 33% have less done during the period.

The opposite is true for sex toys. Women use it more than men (44% compared to 26%) and women in couples use it the most (5%). In addition, 37% of young people between the ages of 18 and 3 say they "sex" or send each other intimate photos or videos and 14% did or did more during confinement.

It remains to be seen how summer will go. 72% of young singles (77% of men and 66% of women) declare that in general they do not flirt during this period. For the others, 15% imagine that they will flirt as usual, 11% more than usual and only 2% will hold back for fear of the virus. Is wearing a mask an obstacle? There young people are divided: 26% consider that it is a love-kill and 26% that it does not change anything. This promotes eye-contact for 22% of young people, a figure that rises to 38% for single women. Note that 14% of young people do not wear it and 12% believe that it is a guarantee of seriousness. In any case, if young people fall in love this summer, it can be either a man or a woman for 33% of them. They were 25% in June 216.

* Barometer “#MeYoung, Deconfinite and tomorrow? ", 2 Minutes - OpinionWay, produced online from June 11 to 16, 22 with a sample